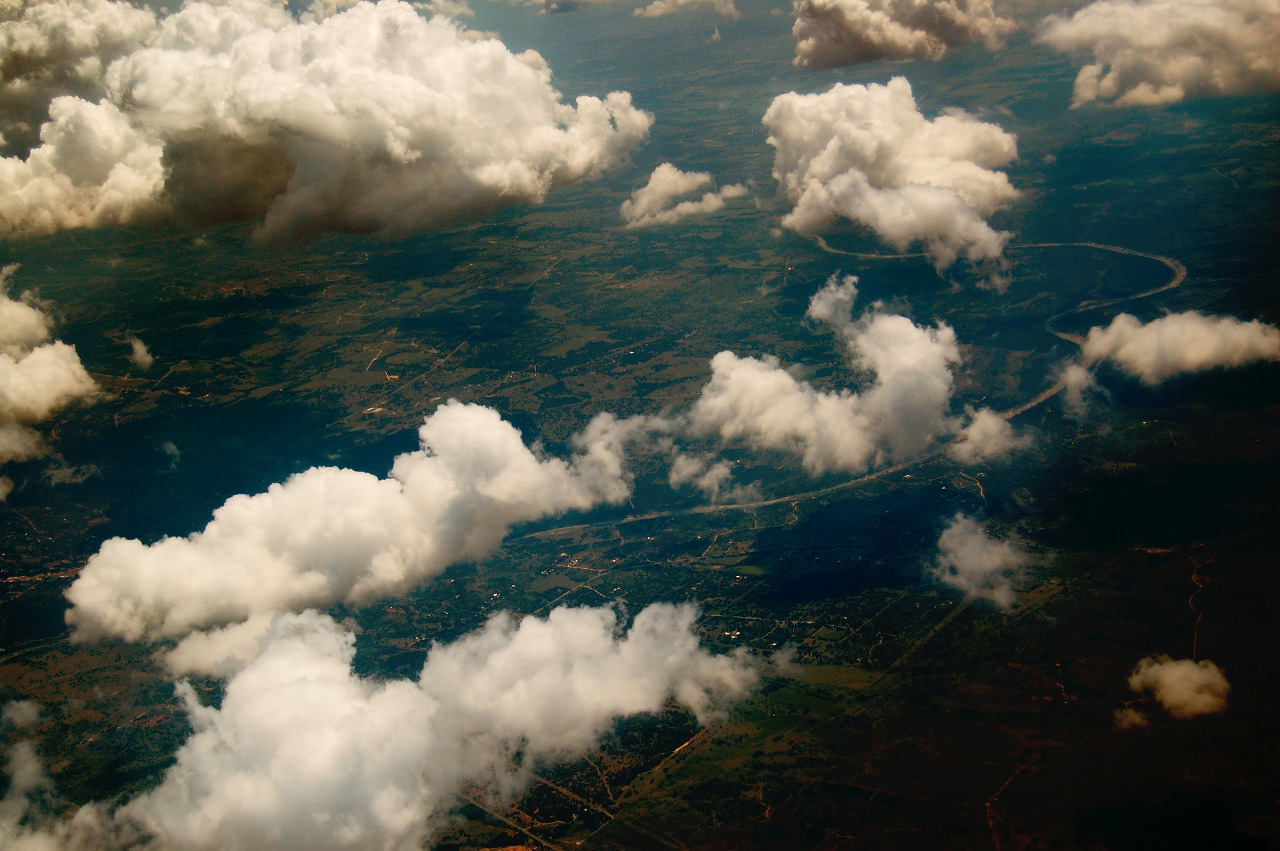 White Clouds flying over the Land, Texas. People often ask : “How do you take those pictures ?”. I thought naively that it was obvious that you can only take this kind of pictures when traveling on a plane so I don’t usually precise that. Of course the disbelief is sometimes bigger because people know that it shouldn’t work. They did try once to take one picture and the result wasn’t great. Well most of the time it isn’t, you don’t get what you saw, the window was too small or too dirty to capture anything. So what’s the trick ? Perseverance (one picture might be OK amongst hundreds), having an eye for details that have a chance of being captured correctly, and of course it’s one of the case where you have to rely on post processing as you don’t want anything washed out directly out of the camera.