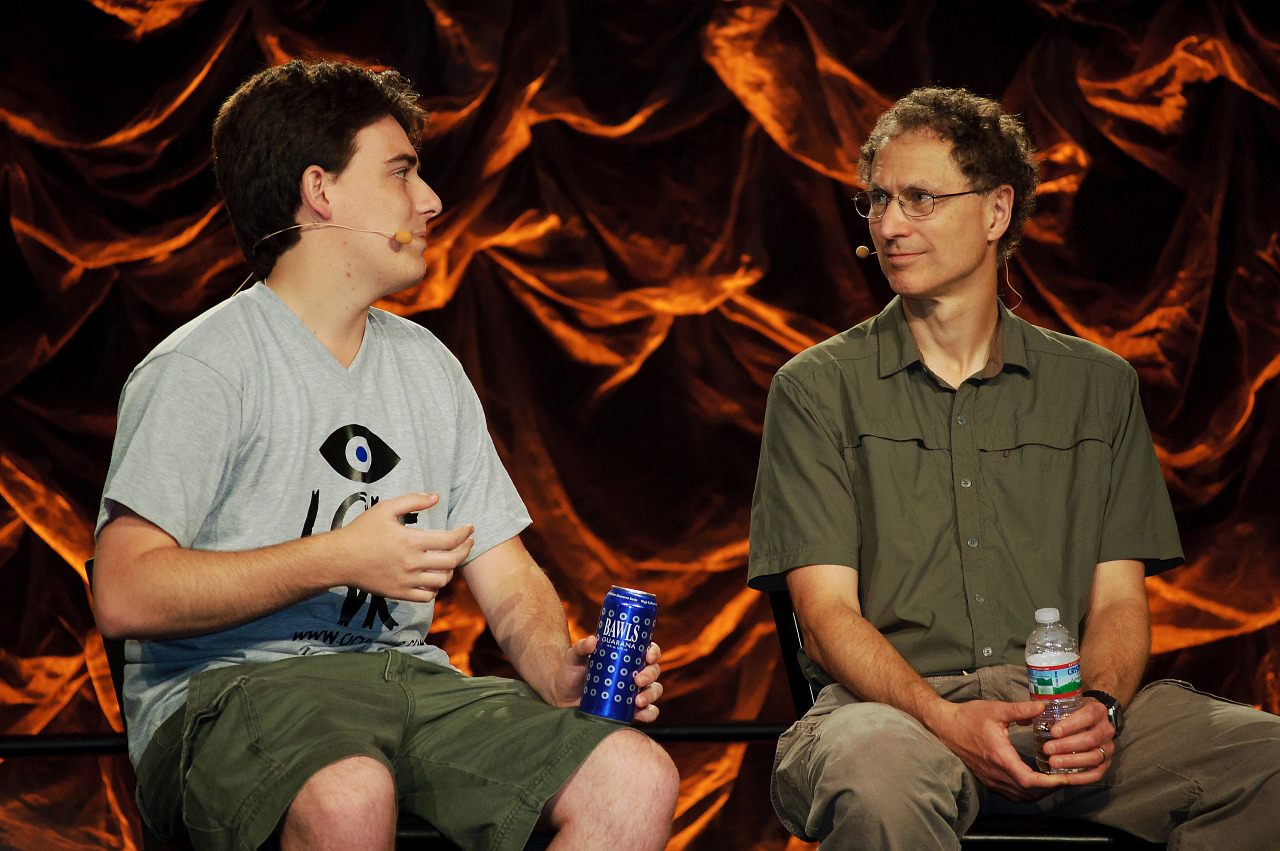 Palmer Luckey, founder of Oculus, with Michael Abrash of Valve Software talking about VR insanity at Quakecon 2012. id software is not a partner or backer in any form of Oculus founded by Palmer Luckey, but John Carmack said that he only wanted to put forward what he thought was an exciting tech (and also generate some press for the release of Doom 3 BFG). Michael Abrash is working at Valve on wearable computing devices and on AR (augmented reality) solutions. VR and AR are quite different despite their close name but have some challenges in common.