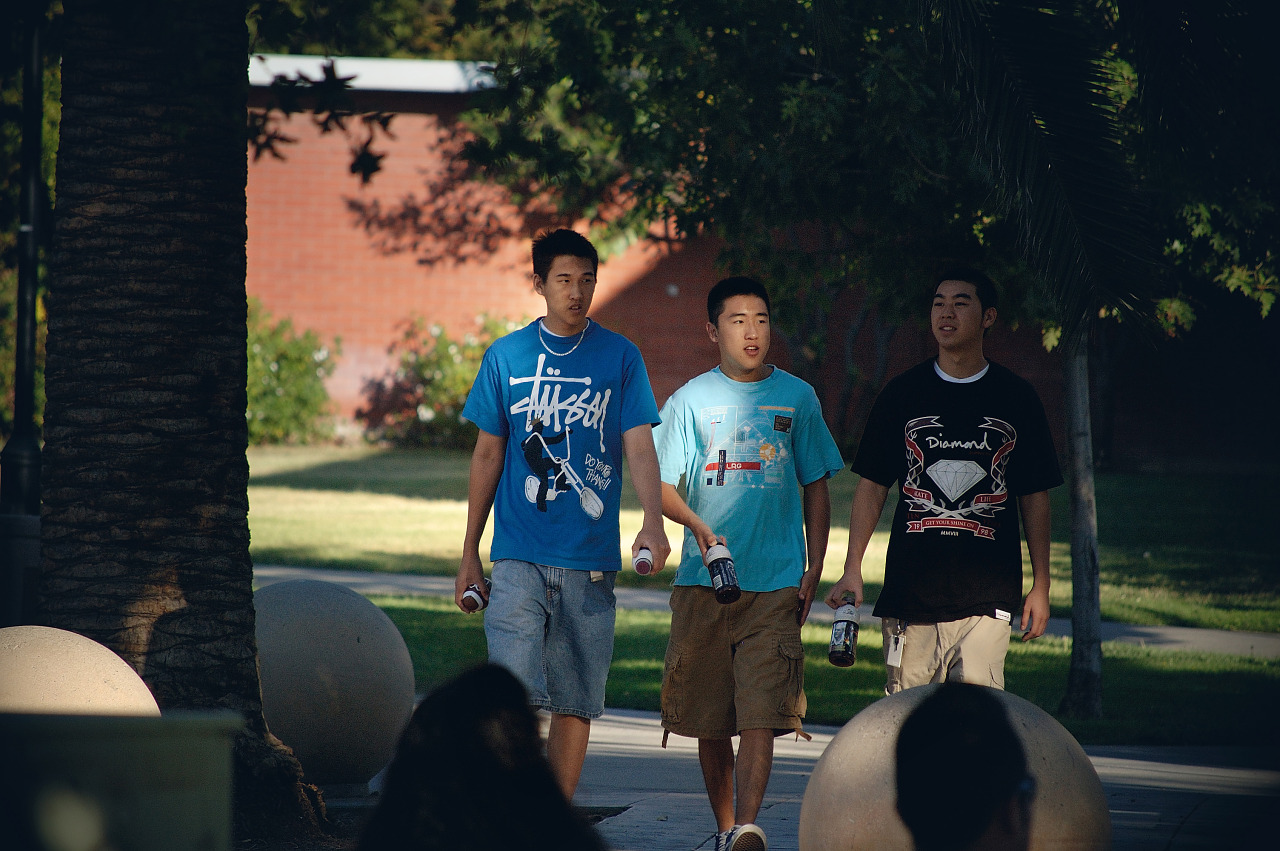 Those three Asian-American guys were headed to some sort of event on the San Jose Campus. Camera : Nikon D50.

The Silicon Valley and San Jose are racially diverse but with a lot more American people of Asian descent than elsewhere in the US. These guys probably dressed for going out but not too much, just wearing their best t-shirts and shorts that fall below their knees. I assume they were going to the same event as those girls we've seen before.