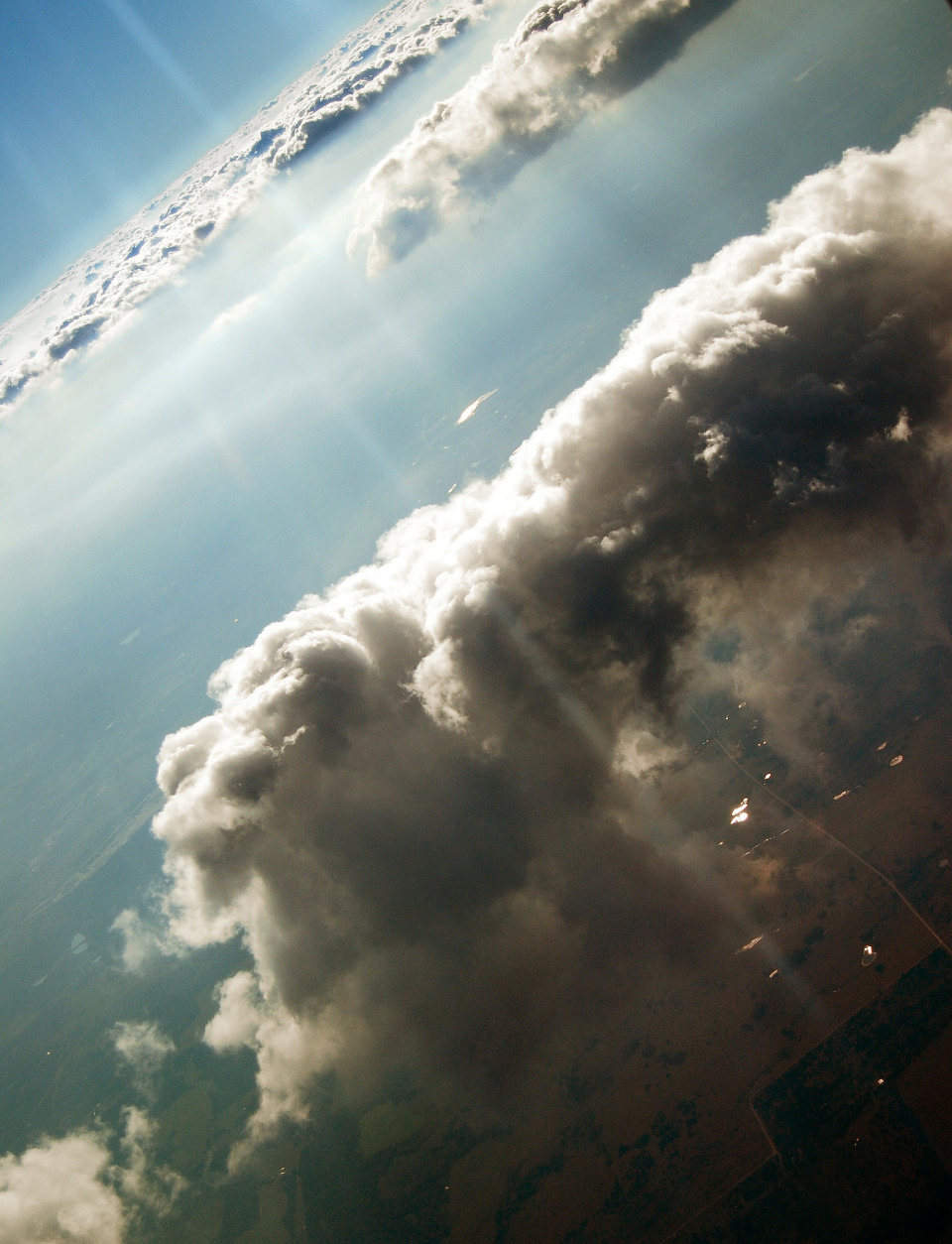 Shot on top of Austin, Texas. The fog and the clouds were just on the same level, which gives this impression of the clouds being floating icebergs. Camera : Nikon D50.